Disclosure – I received complimentary tickets to facilitate this review. All opinions expressed are my own.

I’ve been in this suburban bubble for quite some time now. My minivan doesn’t venture too far past the preschool pickup line,  the pediatrician, the grocery store or my mom’s house. So when I got the chance to check out the 29th Annual Dallas Observer’s Music Awards Showcase I jumped on it. Fifty bands across nine stages all on one night.  I was going to catch up on the last ten years of not going out all at once! 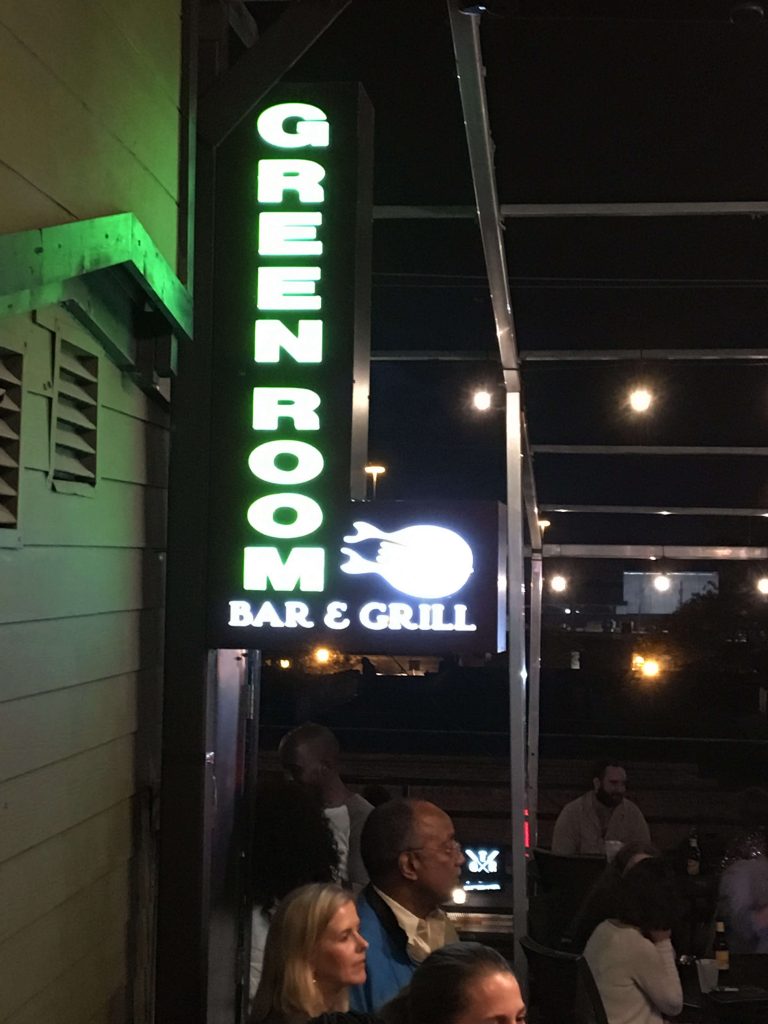 I drove down (yes in my minivan) to Deep Ellum – the entertainment district in Dallas and the place was so alive. I forgot people go out after 9 pm.  I also forgot about how much it sucks to find parking and after driving around in crawling traffic, I decided to pull into a parking lot which, I could clearly see was completely full. I drove around and suddenly a woman appeared in front of my car and walked towards the driver side. I lowered the window and she handed me a ticket and said ‘Here I’m paid up until 11:30″ then turned around and disappeared into her car.

I still hadn’t registered that I was holding a parking permit until she had pulled out of her parking spot.  I slowly realized that I was about to park the car right across the street from the bar and it was completely paid for. This night was meant to be! 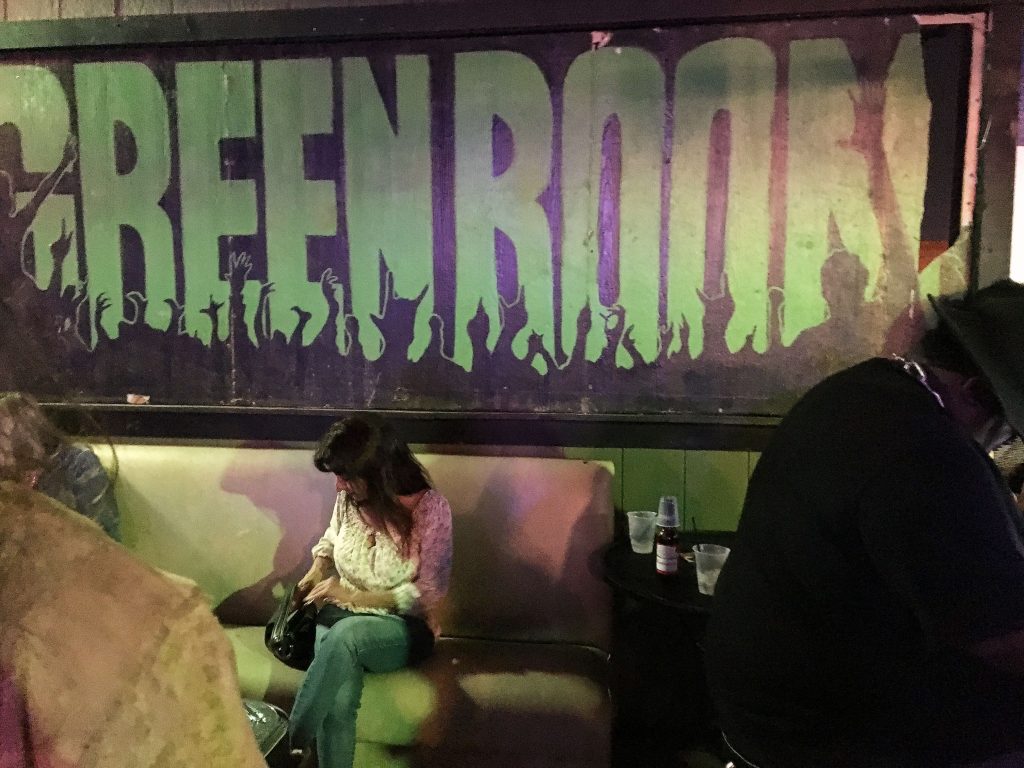 I quickly parked and walked a whole two minutes to the Green Room which was one of the nine locations with a schedule of bands from the Showcase. Green Room had an open deck stage upstairs with a street view, perfect for a crisp December night in Dallas. I arrived just as the Straw Hat Society had started playing.  Which was perfect timing because I was hoping to catch a country band (oh you didn’t know I’m into country music? ) They were so good! They had people dancing and twirling around. Their songs were catchy and had the crowd singing along and…who doesn’t love an upright bass? 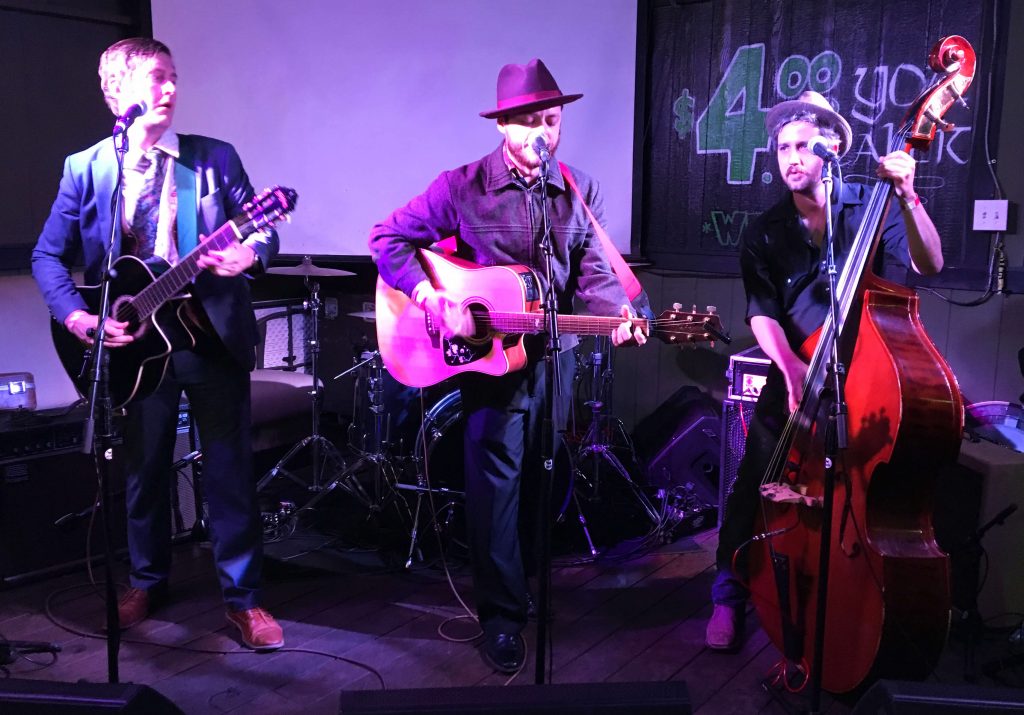 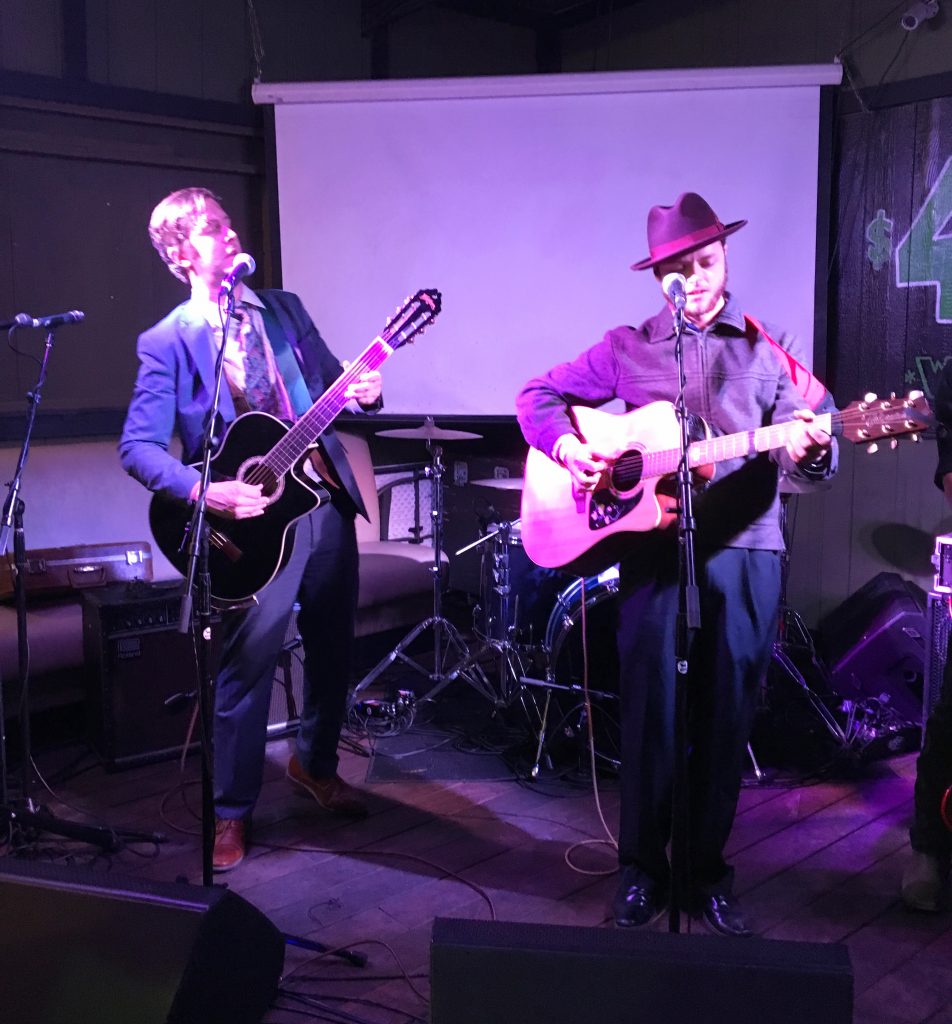 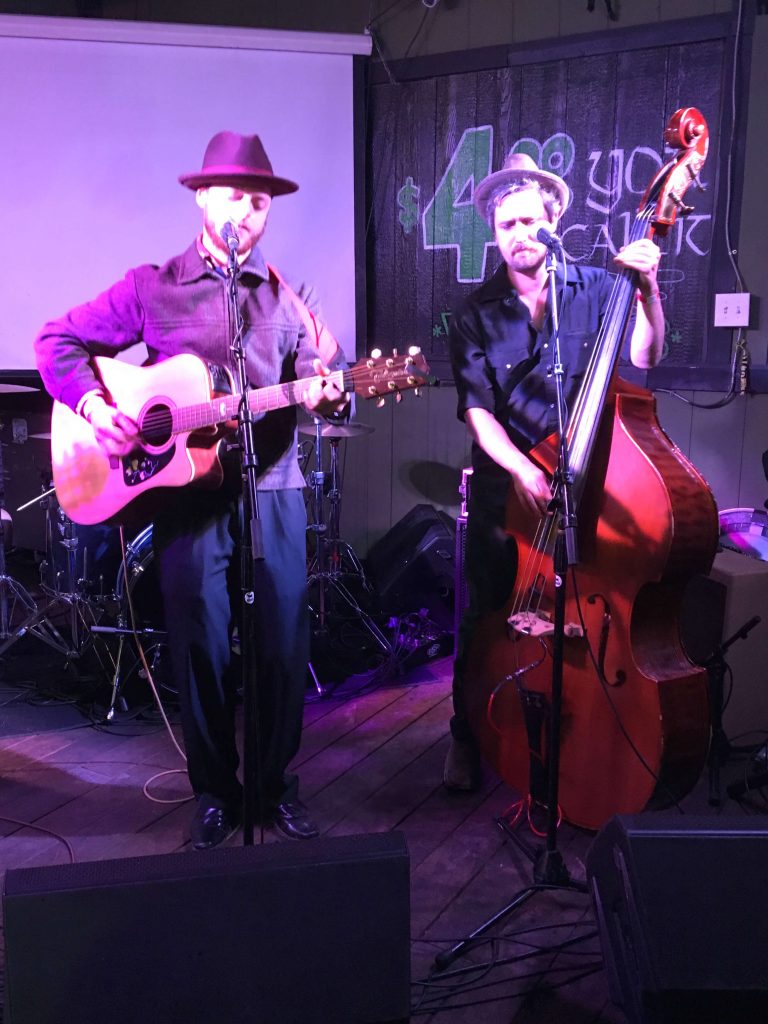 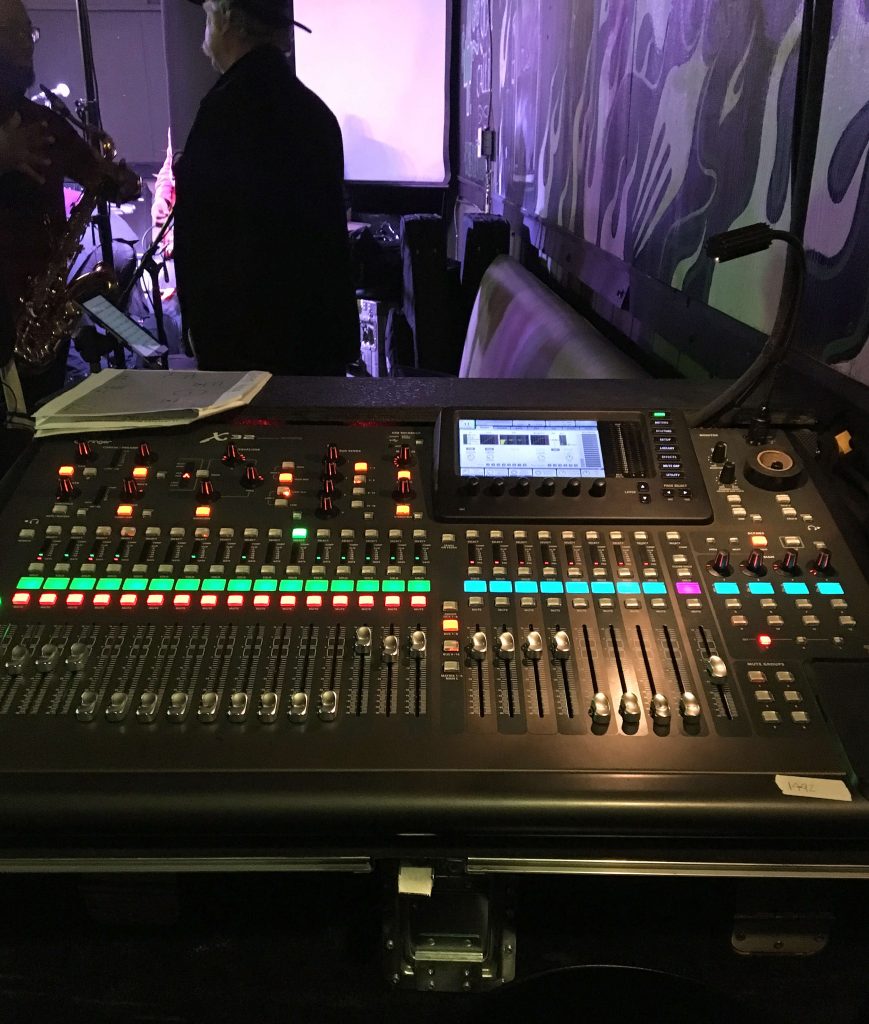 After the Straw Hat Society finished their set,  a whole group of people went onto the stage. What I especially loved about this next band was that they had a trumpet, saxophone, electric guitar and bongos! I love music and the way these sounds all created a mix of jazzy soulful funk was beautiful, fun and entertaining. 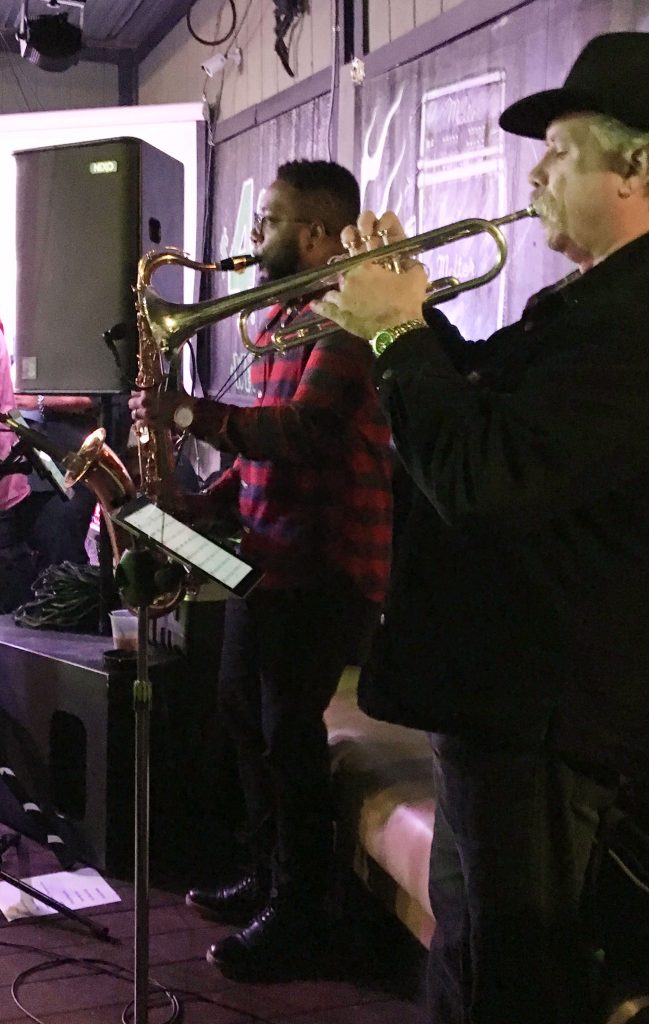 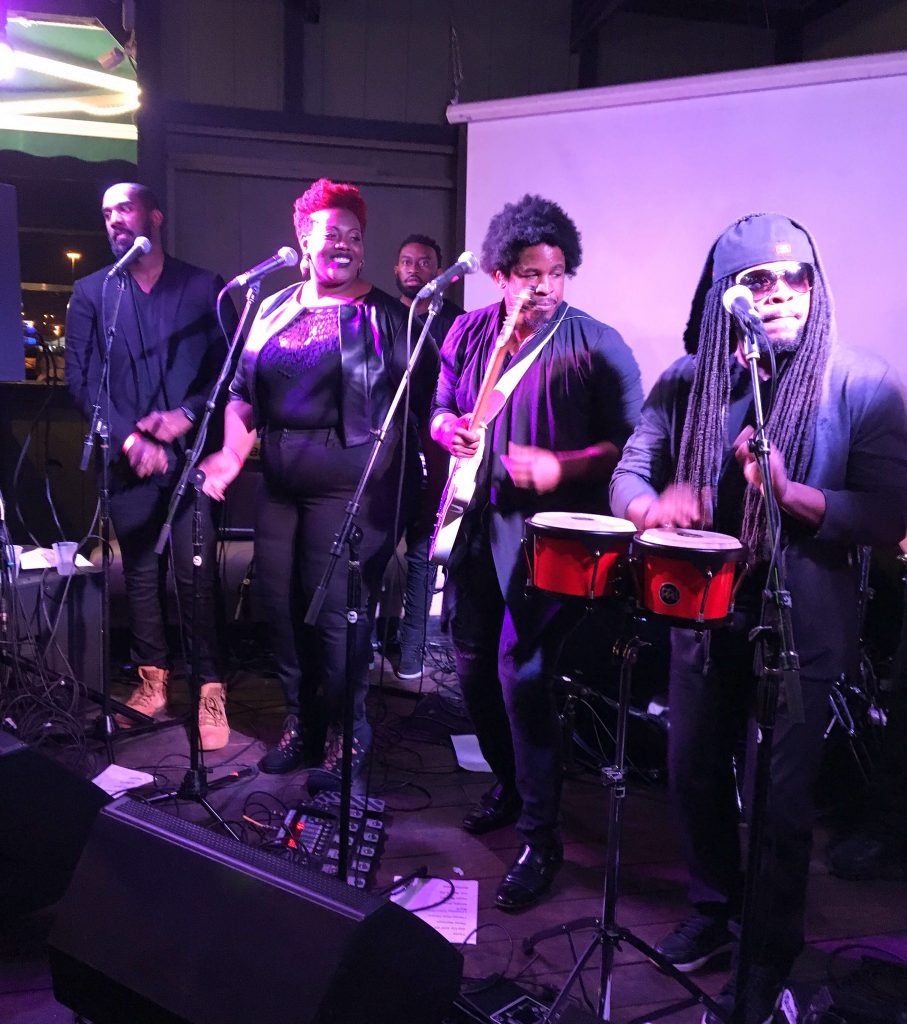 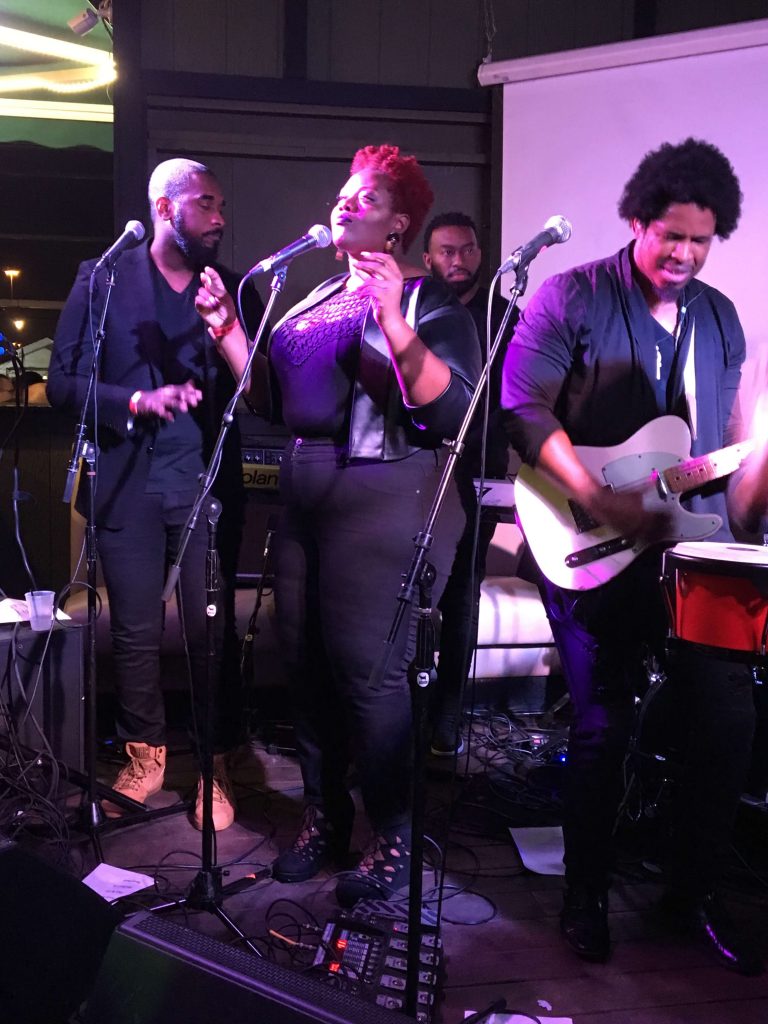 The crowd didn’t miss a beat switching from country to soul. They continued to dance and sing along.  Quentin Moore was interactive, getting off the stage and performing within the audience. The band sang to us, taught us the words then sang with us.  I ducked out before the next band came on because I knew the kids would be up at 6 am regardless of what time I got home.  I could have swayed with the music until they threw me out but I left feeling energized.  I love how music brings together the most random mix of people. It makes people put aside differences and enjoy life.

I’m grateful for the Dallas Observer for hosting such a great event and giving me a  reason to get out. I’m already making plans for next year’s Dallas Observer Music Awards Showcase.