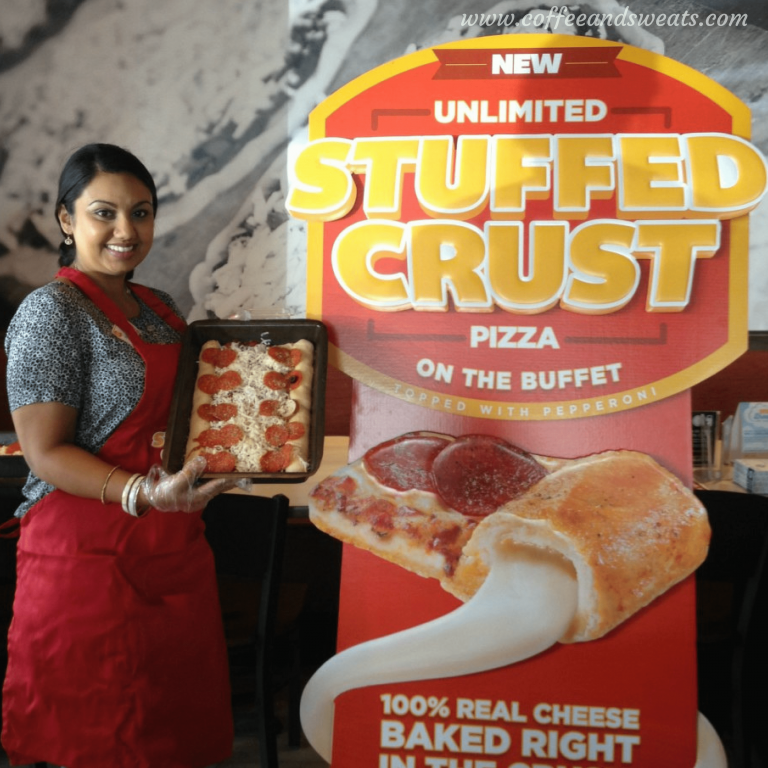 I ate a lot of pizza in college. It was at every social gathering, every student organization meeting and left over pizza still tastes good first thing in the morning right?

After college I took a break from pizza. I mean I ate it, but not nearly as often.

Then you know, kids happened. And kids love pizza. It’s at Every. Single. Birthday. Party. It’s their favorite food (next to Mac & Cheese),  so when I got the opportunity to check out CiCi’s new Stuffed Crust Pizza I just grabbed both kids and went.

CiCi’s Pizza offers endless pizza for five bucks and change. It’s a pizza buffet. No, it’s a pizza, salad, soup & dessert buffet. All of that, as much as you can eat, for less than six bucks. 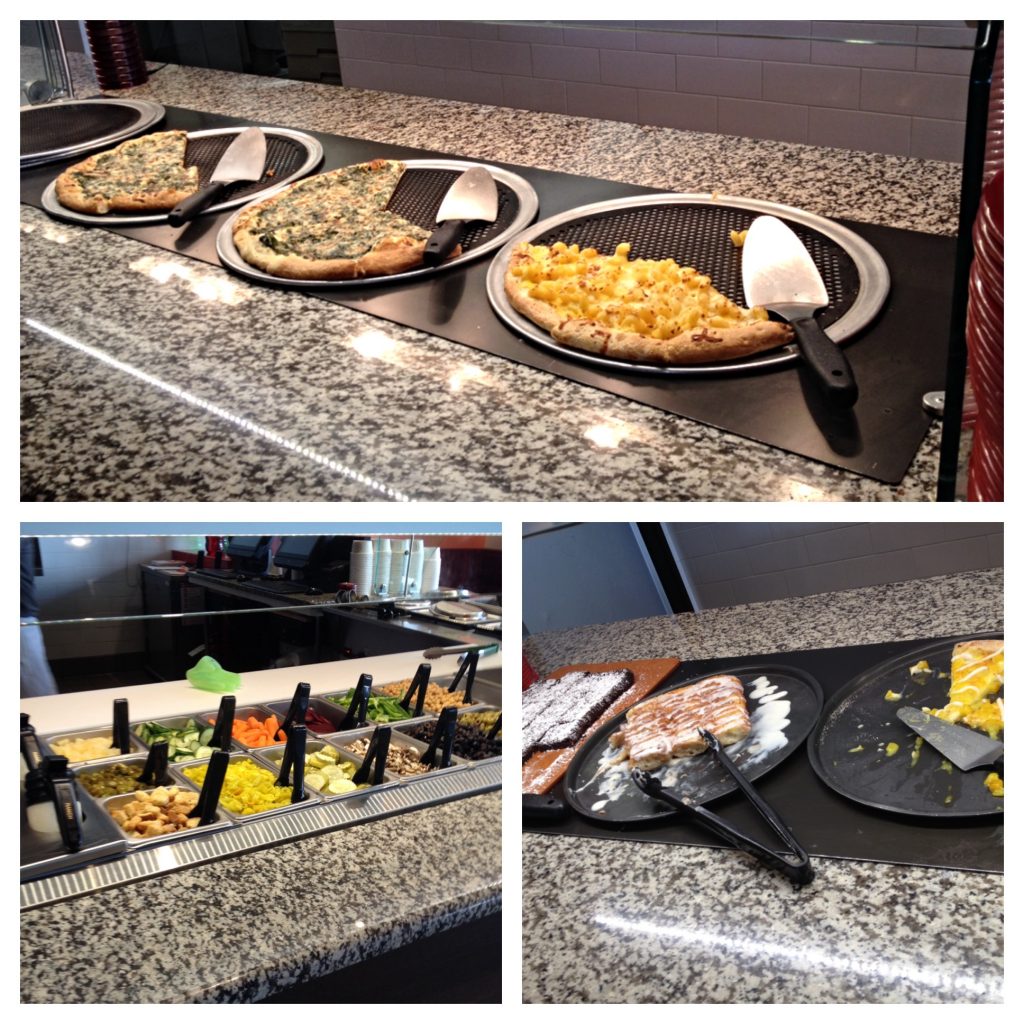 I don’t know why I hadn’t brought my kids here before.

And guess what? There is such a thing as Mac & Cheese pizza. It’s Mac & Cheese. ON. A. PIZZA. It’s the kids’ two favorite foods combined. The preschooler’s mind was blown. He couldn’t get enough.

Now CiCi’s is adding Stuffed Crust pizza to this all you can eat lineup.

I watched the part of the pizza slice the kids never eat get gobbled up because it had melted cheese oozing out of it.

I can confirm that CiCi’s pizza is not some gross frozen disc thrown into an oven (like at my house), I know because I got to make it. 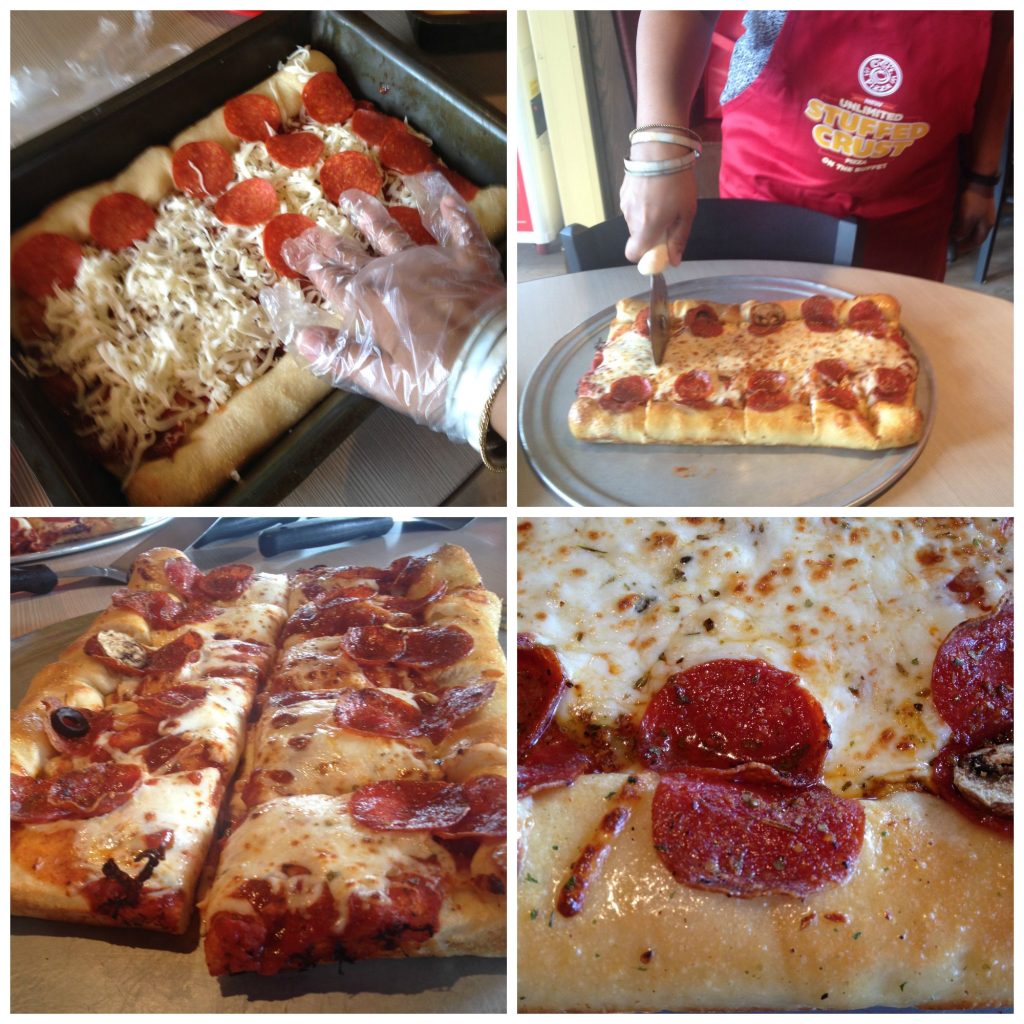 I know I should have had my extrovert game face on and socialized with the other bloggers but that hot fresh aroma made me so hungry, I just wanted to be alone with my pizza.

So Delish. The pizza. Although I do look pretty delish in that apron.

CiCi’s also has a new dessert pizza called Fiery Mango Tango. It’s inspired by the winning pizza from Food Network Star. To be honest I don’t watch that show but one bite of this and I understand why it’s winning contests on TV. Try to imagine pineapple & mango on a cinnamon sugar crust, then a tiny kick of jalenpeno at the end. OK, hard to imagine I know, but I would have eaten an entire pie of this if I wasn’t a Mom being watched by her kids. 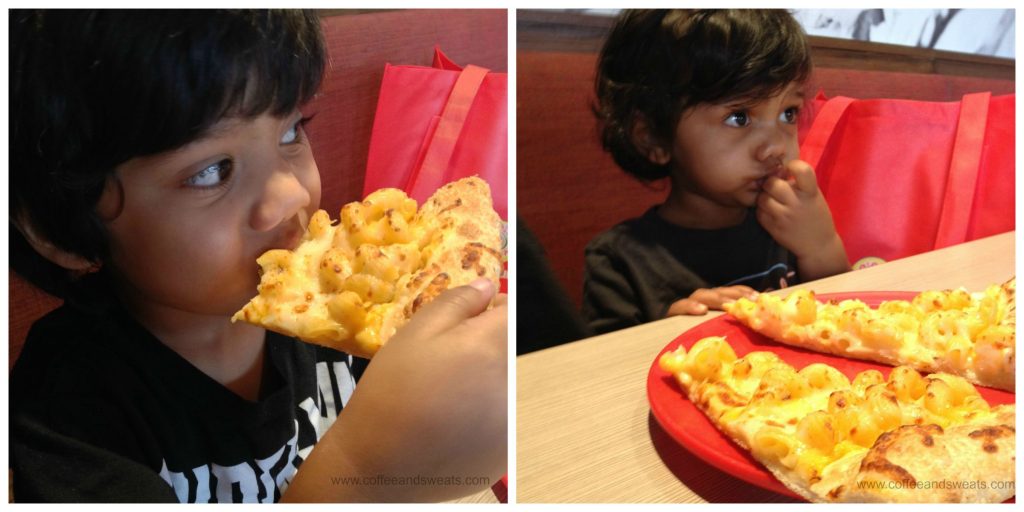 Judging by this rare moment of silence while the kids happily ate their pizza, I’m going to have to visit again soon. These new additions to the pizza buffet is for a limited time. The Ultimate Stuffed Crust pizza is available until October 25th. The Fiery Mango Tango is only available until August 16th. So you need to hustle and get out to the closest CiCi’s Pizza location. Also, make sure to enter the little giveaway below for a chance to win a $25 Gift Card.

Disclosure: I was invited to an event sponsored by CiCi’s Pizza to sample the #UltimateStuffedCrust & #FieryMangoTango in order to facilitate this post. All opinions expressed are my own.